RENTING A SUB-FUND IN LUXEMBOURG – NOMILUX 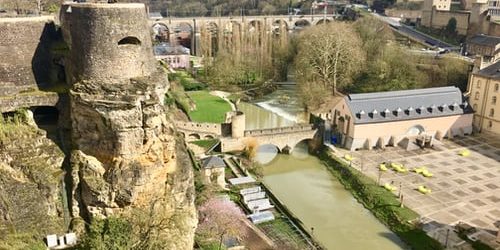 Why rent a sub-fund in Luxembourg?

Renting a sub-fund in Luxembourg has a variety of advantages:

1.Time-to-market: The fund platform is already established, making the launch of the fund much quicker. The fund manager does not have to go through the establishment process, nor select fund service providers and negotiate agreements with them.

2. Cost: Renting a sub-fund is a good choice for smaller funds or for first-time fund projects, allowing the fund manager to plug into an existing infrastructure and have a clearer overview of the costs involved of managing a fund in a EU jurisdiction such as Luxembourg.

3. Choice of fund platforms: Fund promoters have the choice between supervised or non-supervised funds. Depending on investor demands, they can either opt for:

(i.)A fund that is not supervised, quickly set up and needs no approval by the Luxembourg Financial Supervisory Authority (Commission de Surveillance du Secteur Financier or CSSF),

4. Investor protection: Investors are comfortable with Luxembourg, as it has the following advantages for investors:

5. Distribution: The sub-fund could be distributed on the basis of the EU passport, (either UCITS or AIFMD passport).

Which fund types exist that can rent a sub-fund in Luxembourg?

In principle any fund that offers the possibility of an umbrella structure. In practice, the most commonly offered solutions are the following:

(i.)The RAIF is structurally similar to the SIF or SICAR regime but is not subject to a direct supervision by the CSSF.

(i.)The SV is flexible in nature and can either be set up as a corporate entity or a securitization fund.

(ii.)The SV is required to issue securities (bonds, notes, etc.) in relation to an underlying risk (receivables, credit risk or any other form of risk).

How long does it take to establish a sub-fund?

We can guide you to decide on the right structure and find the right fund platform for your project. For more Information about on the most suitable renting a sub-fund in luxembourg for you, please contact us